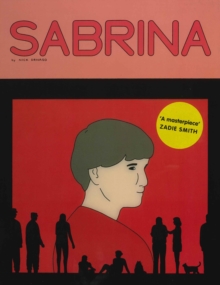 The first graphic novel to reach a Man Booker longlist and I believe it will reach the shortlist, announced later in the month. On my bedside table pile!

The answer is hidden on a videotape, a tape which is en route to several news outlets, and about to go viral. A landmark graphic novel, already hailed as one of the most exciting and moving stories of recent years, Sabrina is a tale of modern mystery, anxiety, fringe paranoia and mainstream misinformation — a book that tells the story of those left behind in the wake of tragedy, has important things to say about how we live now, and possesses the rare power to leave readers pulverised.

“Nick Drnaso’s Sabrina is the best book – in any medium – I have read about our current moment. It is a masterpiece, beautifully written and drawn, possessing all the political power of polemic and yet simultaneously all the delicacy of truly great art. It scared me. I loved it”  Zadie Smith

“An unnerving mystery . . .  A profoundly american nightmare. A shattering work of art”  The New York Times