Milkman by Anna Burns is this year’s winner of the Man Booker Prize.

Milkman is extraordinary. I’ve been reading passages aloud for the pleasure of hearing it. It’s frightening, hilarious, wily and joyous all at the same time.’ – Lisa McInerney, author of The Glorious Heresies In this unnamed city, to be interesting is dangerous.
Middle sister, our protagonist, is busy attempting to keep her mother from discovering her maybe-boyfriend and to keep everyone in the dark about her encounter with Milkman. But when first brother-in-law sniffs out her struggle, and rumours start to swell, middle sister becomes ‘interesting’. The last thing she ever wanted to be.
To be interesting is to be noticed and to be noticed is dangerous. Milkman is a tale of gossip and hearsay, silence and deliberate deafness. It is the story of inaction with enormous consequences.

Daisy Johnson becomes the youngest author shortlisted for the prize

The 27-year-old British author’s debut Everything Under is shortlisted while Michael Ondaatje and the first nominated graphic novel, Sabrina are knocked out! 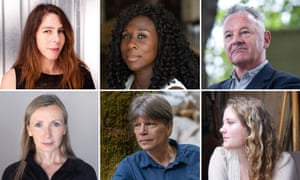 Johnson was chosen ahead of bestselling longlisted novels from former winner Michael Ondaatje and the widely acclaimed Irish novelist Sally Rooney. Johnson’s novel Everything Under is about a lexicographer searching for her mother. Judge Val McDermid called it a “modern variation on Sophocles’ Oedipus”, in which “the natural world is evoked with sinister sensitivity”.

Go to Book News page for the full shortlist 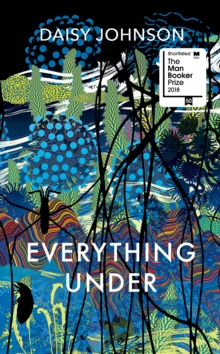 Words are important to Gretel, always have been. As a child, she lived on a canal boat with her mother, and together they invented a language that was just their own. She hasn’t seen her mother since the age of sixteen, though – almost a lifetime ago – and those memories have faded.

Now Gretel works as a lexicographer, updating dictionary entries, which suits her solitary nature. A phone call from the hospital interrupts Gretel’s isolation and throws up questions from long ago. She begins to remember the private vocabulary of her childhood.