All the above are on sale in the shop. The Costa Book of the Year will be announced on Tuesday 28th January 2020

Half price 2020 diaries and calendars plus selected adult and children’s books. 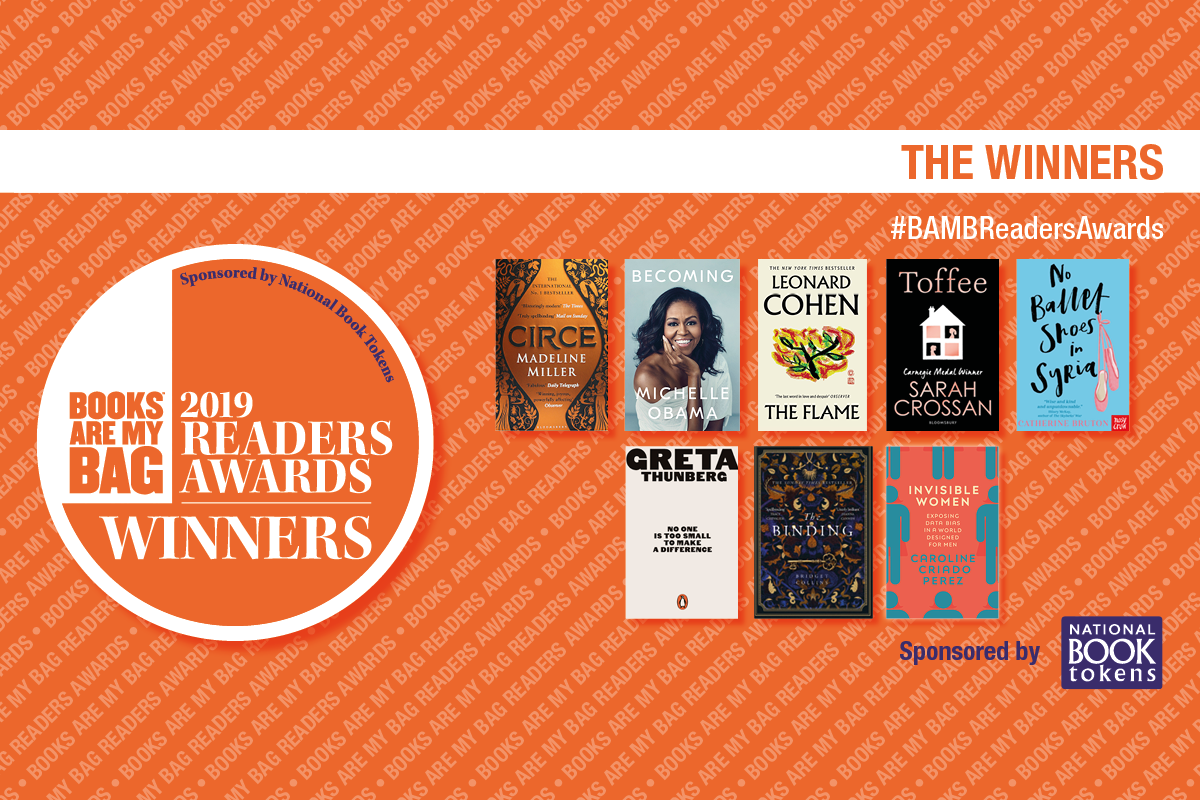 The Book of Dust 2 The Secret Commonwealth by Philip Pullman

The Secret Commonwealth is truly a book for our times; a powerful adventure and a thought-provoking look at what it is to understand yourself, to grow up and make sense of the world around you. This is storytelling at its very best from one of our greatest writers.

The Testaments by Margaret Atwood

Margaret Atwood’s dystopian masterpiece, The Handmaid’s Tale, is   a modern classic. Now she brings the iconic story to a dramatic   conclusion in this riveting sequel.

More than fifteen years after the events of The Handmaid’s Tale,   the  theocratic regime of the Republic of Gilead maintains its grip   on power, but there are signs it is beginning to rot from within. At   this crucial moment, the lives of three radically different women converge, with potentially explosive results. Two have grown up as part of the first generation to come of age in the new order. The testimonies of these two young women are joined by a third voice: a woman who wields power through the ruthless accumulation and deployment of secrets. As Atwood unfolds The Testaments, she opens up the innermost workings of Gilead as each woman is forced to come to terms with who she is, and how far she will go for what she believes.

THE SUNDAY TIMES NO. 1 BESTSELLER,  SHORTLISTED FOR THE 2019 BOOKER PRIZE, AS READ ON BBC RADIO 4

The Long Call by Anne Cleeves

This is the captivating first novel in the Two Rivers series from Sunday Times bestseller and creator of Vera and Shetland, Ann Cleeves. In North Devon, where the rivers Taw and Torridge converge and run into the sea, Detective Matthew Venn stands outside the church as his father’s funeral takes place. The day Matthew turned his back on the strict evangelical community in which he grew up, he lost his family too.   The Long Call

THE BRAND NEW SERIES FROM THE SUNDAY TIMES NUMBER ONE BESTSELLING AUTHOR. England 1648. A dangerous time for a woman to be different . .

Midsummer’s Eve, 1648, and England is in the grip of civil war between renegade King and rebellious Parliament. The struggle reaches every corner of the kingdom, even to the remote Tidelands – the marshy landscape of the south coast. This is the time of witch-mania, and Alinor, a woman without a husband, skilled with herbs, suddenly enriched, arouses envy in her rivals and fear among the villagers, who are ready to take lethal action into their own hands. `The first in a planned series . .

Peterloo: The Story of the Manchester Massacre by Jacqueline Riding

On a hot late summer’s day, a crowd of 60,000 gathered in St Peter’s Field. They came from all over Lancashire – ordinary working-class men, women and children – walking to the sound of hymns and folk songs, wearing their best clothes and holding silk banners aloft. Their mood was happy, their purpose wholly serious: to demand fundamental reform of a corrupt electoral system. By the end of the day fifteen people, including two women and a child, were dead or dying and 650 injured, hacked down by drunken yeomanry after local magistrates panicked at the size of the crowd.

Peterloo: The Story of the Manchester Massacre adds significantly to our understanding of a tragic staging-post on Britain’s journey to full democracy. On sale now £8.99

Help the Witch by Tom Cox

Inspired by our native landscapes, Tom Cox’s first collection of short stories is a series of evocative and unsettling trips into worlds previously visited by the likes of M. R. James and E.F. Benson. Railway tunnels, the lanes and hills of the Peak District, family homes, old stones, shreds fluttering on barbed wire, night drawing in, something that might be an animal shifting on the other side of a hedge: Tom has drawn on his life-long love of weird fiction, folklore and nature’s disregarded corners to write a collection of stories that will delight fans old and new, and leave them very uneasy about turning the reading lamp off. On sale now £10.99

Lara Maiklem has scoured the banks of the Thames for over fifteen years, in pursuit of the objects that the river unearths: from Neolithic flints to Roman hair pins, medieval buckles to Tudor buttons, Georgian clay pipes to Victorian toys. These objects tell her about London and its lost ways of life. Moving from the river’s tidal origins in the west of the city to the point where it meets the sea in the east, Mudlarking is a search for urban solitude and history on the River Thames, which Lara calls the longest archaeological site in England. As she has discovered, it is often the tiniest objects that tell the greatest stories. On sale now £16.99

‘DRIVEN BY CURIOSITY, FREIGHTED WITH MYSTERY AND TEMPERED BY CHANCE, WONDERS GLEAM FROM EVERY PAGE’ THE SUNDAY TIMES

Get Your Boots On by Alex White

enjoying nature. Illustrated throughout by Alex’s stunning photographs, this book will appeal to young and old alike. It suggests when and where to get out there; what to go looking for; how to do it; what to take… and a host of other tips.

Good, practical advice for getting closer to nature. There is also encouragement from those who have lived it with expert contributors telling their stories. Ideal for anyone who wants to get closer to nature. Perfect for those who would like to get more involved or even build a career out of their passion for wildlife. On sale now SP £13.99. Thank you Alex – cracking book!

A comprehensive introduction is followed by annotated maps, references and historical notes for each grange are arranged in alphabetical order. Summary tables highlight patterns and trends.

An appendix, researched and written by Brian Rich, considers routes taken by religious houses to reach their granges from outside Derbyshire.

The book aims to bring to life the activity and influence which monastic communities had during some four centuries in Derbyshire and how this can be interpreted today in the landscape. It is hoped it will stimulate enthusiasm for renewed investigation.

Mary Wiltshire and Sue Woore have always had a keen interest in interpreting the landscape. They have undertaken field work at the site of every grange catalogued and have reinforced this by researching documentary sources.

Averse (or two) to Opera by Macclesfield author, Frank Walker

‘How wonderful Opera would be if there were no singers’ Gioachino Rossini.

Not the kind of comment one would expect from Rossini who composed 39 of them during his life! However, this book is fun for both lovers and haters. With an eye for biographical detail, as keen as Florence Foster Jenkins’ ear for perfect pitch, Frank presents a collection of comic verse exploring the absurdities of opera. A little taster for you . . . .

the poor prima dona will end up a goner;

It’s few that survive till the curtain’

Women’s Prize for Fiction 2019 The Longlist

Broadcast Brothers ‘On the Radio’

by Steve and Paul Jenner

Towards the end of the last century, there was a modern – day Gold Rush; the rush to establish independent commercial radio stations in ‘virgin territories’ – or ‘white space’ – throughout the country.

The story of two brothers from a mining town in the former North Nottinghamshire coalfield, whose efforts would define this desperate dash. Without money, status or influence, they took on the power of an indifferent Establishment in pursuit of their dreams and changed the broadcasting map of the country forever. On sale here only £12.99  (RRP £14.99)

The six shortlisted titles are

The winner of the 2018 Baillie Gifford Prize for Non-Fiction will be announced on Wednesday 14 November at an awards dinner at RIBA generously supported by the Blavatnik Family Foundation. 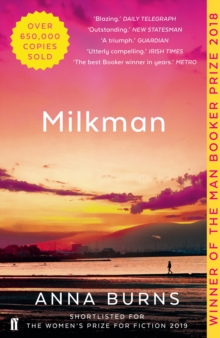 ‘The language of Anna Burns’ Milkman is simply marvellous; beginning with the distinctive and consistently realised voice of the funny, resilient, astute, plain-spoken, first-person protagonist. From the opening page her words pull us into the daily violence of her world — threats of murder, people killed by state hit squads — while responding to the everyday realities of her life as a young woman, negotiating a way between the demands of family, friends and lovers in an unsettled time. The novel delineates brilliantly the power of gossip and social pressure in a tight-knit community, and shows how both rumour and political loyalties can be put in the service of a relentless campaign of individual sexual harassment. Burns draws on the experience of Northern Ireland during the Troubles to portray a world that allows individuals to abuse the power granted by a community to those who resist the state on their behalf. Yet this is never a novel about just one place or time. The local is in service to an exploration of the universal experience of societies in crisis.’

The 2018 winner will be announced on Tuesday 16 October in London’s Guildhall, at a dinner that brings together the shortlisted authors and well-known figures from the cultural world. The ceremony will be aired by the BBC, the prize’s broadcast partner.

Crime Novel of the Year Award

Congratulations to the winner of the Theakston Old Peculier Crime Novel of the Year Award, Stav Sherez with The Intrusions and Congratulations to John Grisham on being awarded the Outstanding Contribution to Crime Fiction! 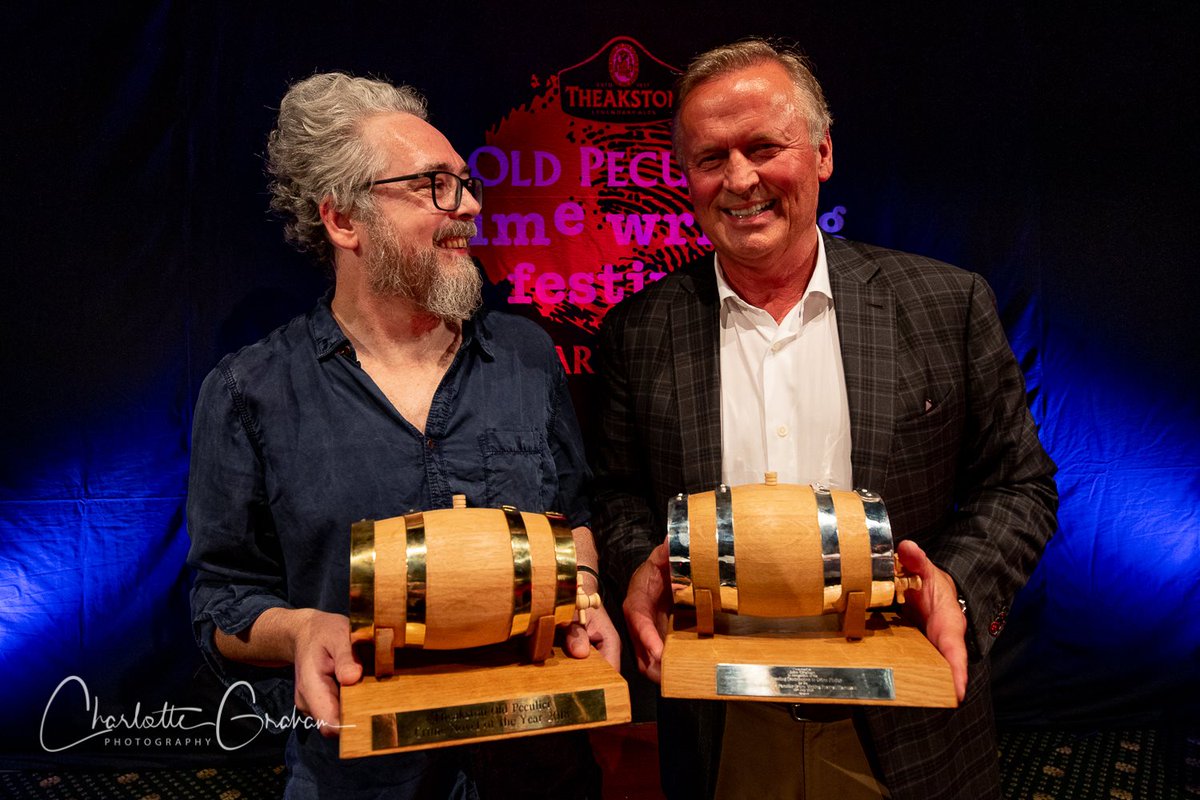